Is Plastic Surgery Haram or Halal In Islam?

Of course, you should always have in mind, what are you doing, where this is still an operation and not a change of hair color.

There is a lot to be cautious about, and always educate yourself before plastic surgery, not only in the sense that you are physically prepared, but more in a sense, that you must know what are you doing from the inside, is it something that will serve you and make you life better, or is it something that will satisfy you at the moment and later on, it will turn out that it is not anything special, and that you want to change once again.

Most often, these are dental services, or breast, nose, and eyelid surgeries.

A large number of women and men believe that cosmetic surgery improves their quality of life.

Now, these lines are read by many people, and some of them belong to the Islamic faith, and their women in particular are one of the most beautiful in the world, even when they are behind the hijab.

They love beauty, and fashion trends, and some of them want to know if plastic surgery is allowed by Islamic law, what has been written in the Quran regarding this topic, and what is halal and what is haram.

We know that Islamic regulation tightly controls and influences the lives of all Muslims.

Why is a supposedly perfect appearance increasingly important to many? Sociologists believe that this fashion is a consequence of individualization.

In Western countries, the traditional bond between people is being lost, which is why the responsibility for individual biography is growing.

Identity is less and less defined through the family, place of residence, or belonging to a special professional group.

The consequence of this is the fact that our appearance signals who we are.

Is Plastic Surgery Haram or Halal In Islam?

So, the answer to this question could be put like this in the perspective – it all depends on the purpose of it and is it something that a person wants to do for vanity reasons or is it something that the person wants to do for some other reasons, like a medical problem – an operation that removes the deformation caused by a traffic accident and the like.

There is no hindrance or sin in this, because the Prophet, may God bless him and grant him peace, allowed a man whose nose was torn off in a battle to make himself a nose of gold;

It is also prohibited because it is used to beautify, not to remove deformities.

A plastic surgeon is visited when some of these deformities are present: such as maxillary or mandibular prognathism/retrognathism, bite disorders, and asymmetry of the jaws are also some of the problems which patients come to the plastic surgeon.

When a person has some kind of defect, or a deformity on a body, or for example a body part that is burned.

Plastic surgery is halal when a person does not have all of his body parts, and they could be replaced, or in a situation where a person is in some kind of medical emergency and there is a deep need for this type of procedure.

Is being a plastic surgeon haram? 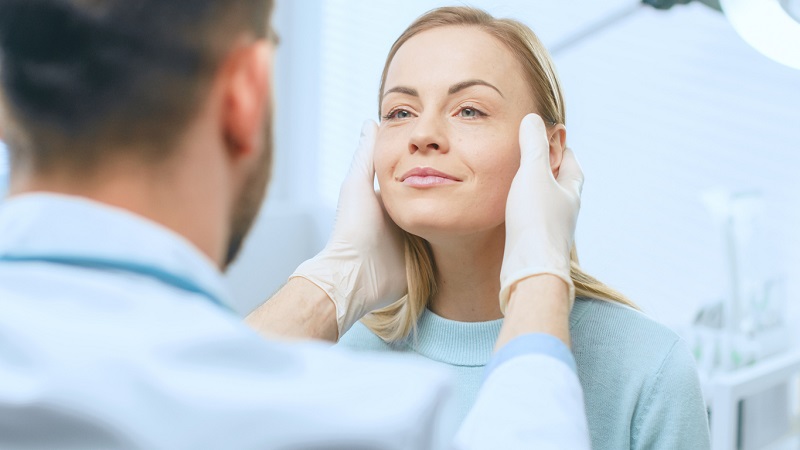 And here is one interesting thing to think of; based on the Quran, when it comes to studying medicine, and in it, plastic surgery; then the study program is halal.

The direction in Islam is that people should be happy with the way Allah has created them.

Islam accommodates, however, the procedure of plastic surgery in the case that it can do some good to the people who are performing it, and in any other case it is not a good idea, and it is haram.

Even if it feels “changing the creation of Allah” is illegal, Islamic rule is unclear concerning cosmetic procedures.

Its complaint about cosmetic surgery is not complete.

It is more a complaint of embroidering and extremism.

It has been said that “Allah is exquisite and loves beauty.”

Islamic thinkers believe that plastic operation is seen as haram, but in this case, there is a great need for it, where a person has a deformity, or there is a medical emergency to do it, then it is halal.

In any other case, it is not allowed, and it is seen as haram.

Twisted fingers or toes, or burnt skin, leprosy is halal to be plastically operated.

But facelifts, facelifts, and any other lifts that are available on the market are made only to make a person more beautiful, then they are seen as haram.

So, all believers in the Islamic faith that want to follow the law must know that when it comes to plastic surgery there are two types of operation, and based on them you can be certain what to do with the procedure.

So, the first kind is aesthetic operations that have the purpose of eliminating defects and flaws caused by falls, accidents, fires, etc.

This type of aesthetic operation is allowed, or halal.

And the second type of operation is not allowed- these are plastic operations that a person wants to do just for the sake of being beautiful.

Here, for example, fall operations like enlargement or reduction of the nose, lips, breasts, etc.

So, always consider why you want to have plastic surgery, if there is an obstacle to doing it according to the previous evidence, and Allah knows best.

Is plastic surgery allowed for the ears, or is rhinoplasty haram?

Almighty Allah created man in the most beautiful form, as man and nature are created in the best harmony, which is beautiful by itself.

And what comes from it, is that every human being is perfect and very beautiful in its natural form, in the form in which the Supreme Creator created him.

This beauty is especially expressed through the diversity that exists between people in terms of physical appearance.

Therefore, diversity should be understood as beauty, not as a problem.

But the question here is – if there is something that is seen as a disruption of what normal people, with an undisturbed nature, consider natural, then there is no obstacle to improving it in a halal way.

Therefore, in such a case, the operation would be allowed.

If the nose is huge and causes a person to feel bad, and unhappy, then rhinoplasty is allowed.

In all of this, we are still, in our time, facing the problem of disruption of the value system of many people, so that many consider what is natural to be unnatural, many want to be different from others, etc.

One more situation makes plastic surgery halal – when a certain disease has made genetic and physical problems to a person, and in both cases, they can be repaired or released after the plastic surgery.

When a person is doing a rhinoplasty to make a large nose smaller, it is something that is making that person both physical and mental problems, then it is halal to do it.

And in the same case is when it comes to nonsurgical rhinoplasty. 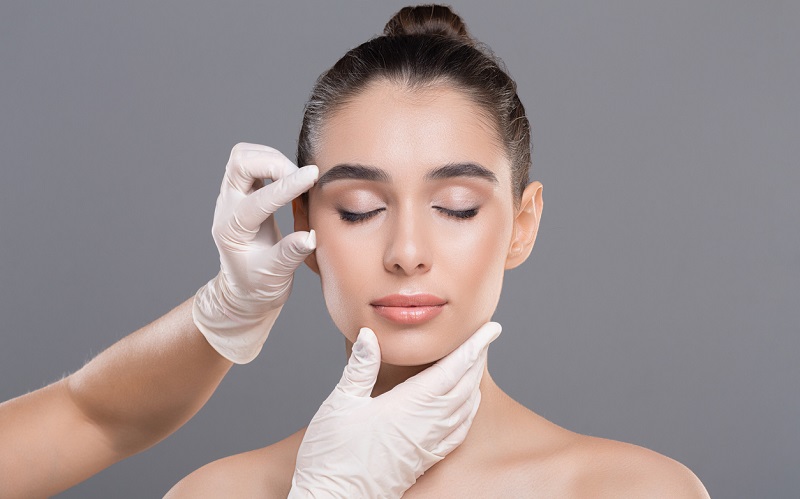 Facelifts are conducted to make a person look more youthful, and when you take a look at the Islamic laws, this is haram, as this way of thinking is fraudulent.

Plastic surgery performed only to make a person more beautiful is seen as haram.

Islamic scholars say that facelifts are falling under this since their purpose is to stop the clock and reverse aging.

In this way, as it is seen, people are wanting to change the perfect creation that is already made by Allah.

Is it haram to get a nose job?

Rhinoplasty, sometimes combined with septoplasty, is one of the most frequently requested interventions.

Some people need correction of a crooked or too long nose, while for others the problem is a nose that is disproportionately small compared to the rest of the face.

It is when a person wants to do it only because of the new trends, etc, but not in the case when a big or cracked nose makes a lot of health and mental problems for a person who wants to do this operation.

Islamic law says that it needs to be followed in the case of nose job, where it is said that it is haram to do it, only in a case where there is a medical need to do so, like when there is a deformity.

This is what the majority of Islamic scholars think, and the main rule to follow is this – doing any plastic surgery just for the sake of beautification is haram, while in cases where you have a medical problem, then it is halal.

More about the plastic surgery

The very first plastic operation was performed more than a century, and as a department, it markets the modification of body imperfections and the beautification of people in the widest possible sense.

Plastic surgery is simultaneously part of one more group – an antiaging treatment because thanks to its opportunities, the body, not just the face are able to turn back to the clock and become younger and more youthful.

Plastic surgery will make you look more pleasing, and feel good, and in widespread meaning, it will donate to enhancing the quality of your life.

Examinations have confirmed the presence of a very strong association between plastic operations and boosted self-confidence.

Liposuctions are also on the list of operations, so there are stomach liposuction, thighs, and penis enlargement as well.

Plastic surgeons are anointed to do plastic surgery on people despite their race, religion, or the way they live their lives.

It must not be a question.

Nowadays, it may seem naturalistic that plastic surgery should be seen as acceptable, and in our current liberal period, it seems odd to try to justify specific surgical procedures in the light of a particular cultural or religious practice.

Yet every day, harsh realities show that although the initial purpose of any text or practice has been primarily to encourage spiritual and moral matters, most faiths, including Islam, Christianity, and Judaism, always influence human conduct and philosophy deeply, dictating some tough situations concerning essential health problems.

The explanation is that normal people, with collected nature, are seen as natural.

Therefore, what is abnormal is entitled to be fixed and enhanced in a halal manner.

It is worth noting that the diseases we are speaking about in this piece are primarily the consequence of the mistreatment that human does to themselves by breaking the rules of Allah, the Highest, in essence: eliminating and degrading the natural habitat, instructing toxic imports into the organism, beginning with alcohol and persisting, living a sinful life that guides to the blasphemy of the home and the collapse of family relations, etc.

If all humans lived appreciating the laws of Allah, the Highest, such inquiries and issues would presumably not be present.

So the answer to the question is whether plastic surgery is allowed in Islam is yes if it has a purpose that is deeper than just beautification. 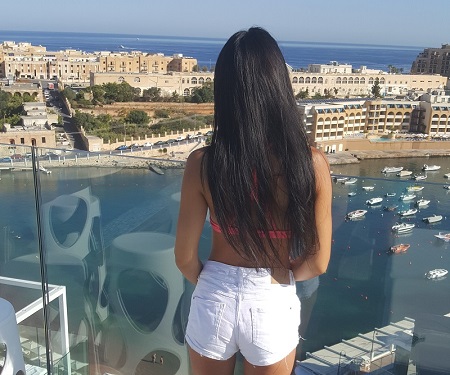